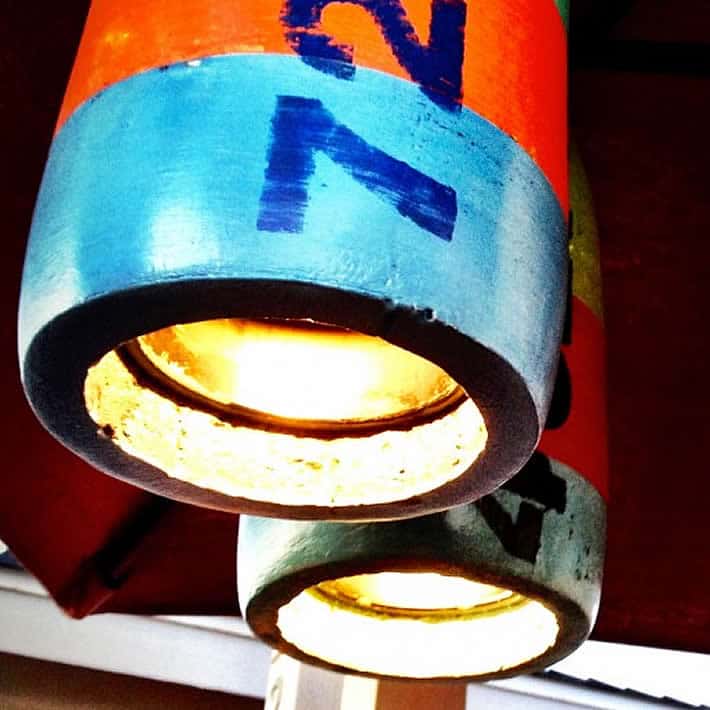 Searching for an upcycle design diy project is always so inspiring. And even more if it’s something that hasn’t been featured on upcycleDZINE. It’s very nice to see that a creative person has taken the effort to write a tutorial so everyone who’s interested in that design could try it themselves. 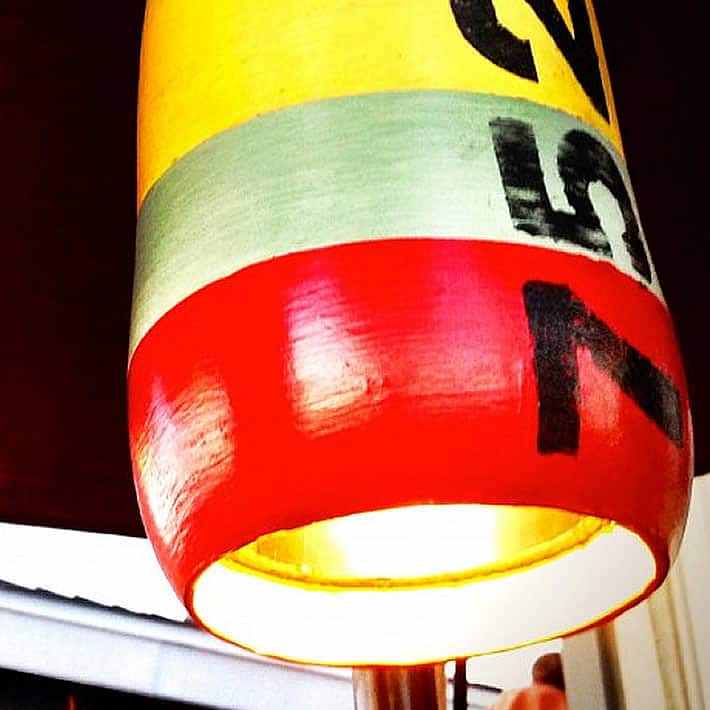 Just like a fishing buoy. Didn’t think much of them, except for having a funny form. But after seeing this post and reading the tutorial you will see why upcycle design is interesting. You wouldn’t expect such a discarded object to get a second life and new value.
This diy buoy pendant light is by Debi’s Design Diary, founded by Debi Beard, based in Solana Beach, CA | United States. A friend of her lives near the beach overlooking the sea on the San Diego coastline. He saves all the buoys he finds. And one day he had an idea to upcycle a buoy into a colourful pendant light.
These buoys are made of foam. Debi wanted to use an electric knife to cut the foam, but she didn’t have one. Together with help of that friend she carved out the foam by eyeballing it until it went in deep enough, making sure not to cut too much so that it was a tight fit. They left about a half inch of foam under the coupling so that the light bulb would not extend past the buoy. She used sandpaper to make the cut foam look more finished and painted it. 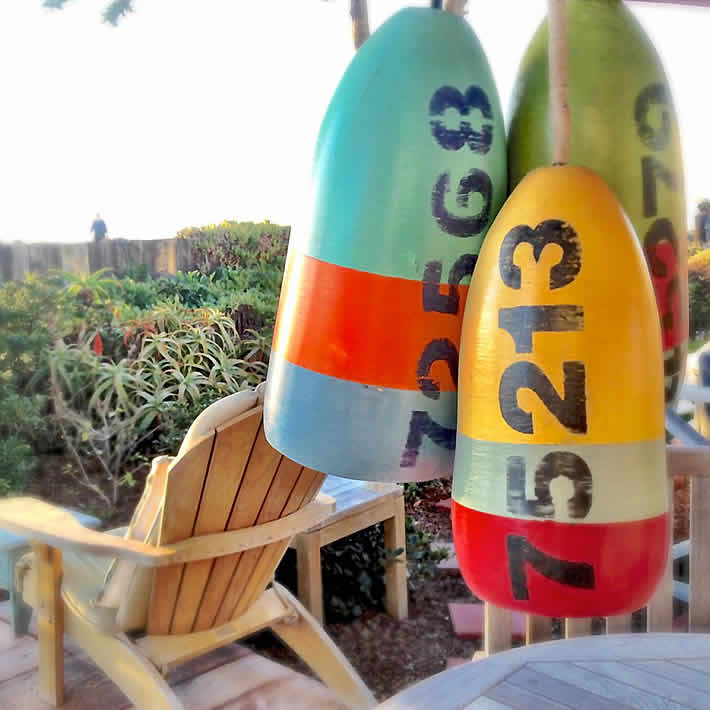 Important part about this lamp is that you shouldn’t use a normal lightbulb that could get very hot. That’s why I would use a LED bulb. These lightbulbs don’t get hot and won’t melt the foam. Besides being save to use these LED lights are very energy efficient.

After reading the tutorial and seeing the YouTube video there’s only one thing left to do and that’s to go to the beach and start looking for a washed up buoy. Of course you could always surf the internet searching for people who sell discarded ones. 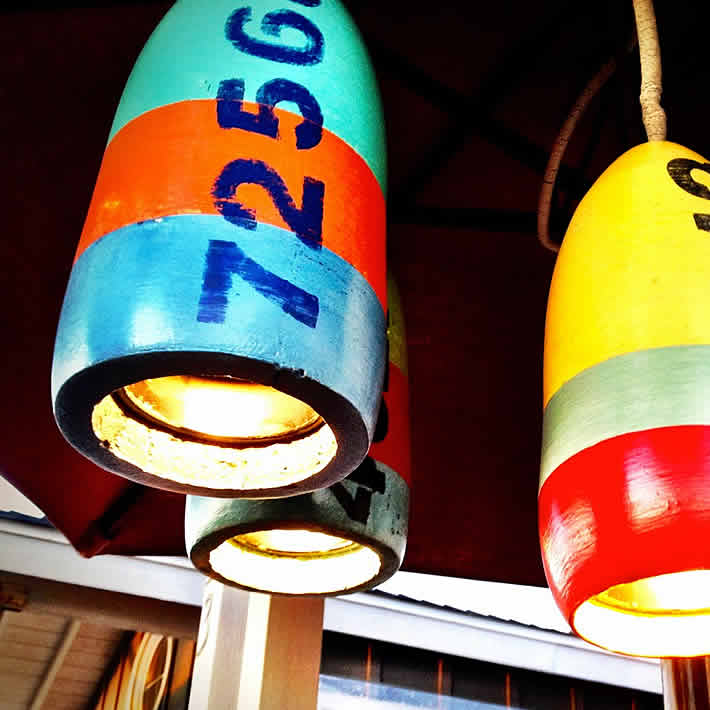 These fishing buoy pendant lights are such a great idea and have a friendly look and feel to them. Seeing the end result, again, it looks so simple. One only has to come up with the idea. As always! 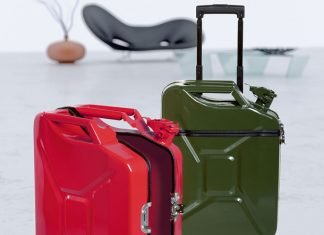 One of the nice things about upcycle design is when an object is used that almost everybody recognizes. And it's a sort of bonus... 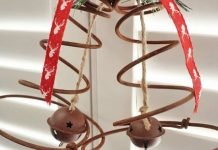 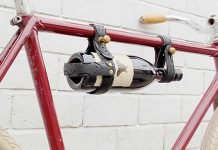 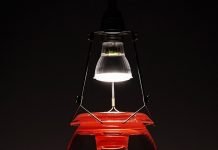 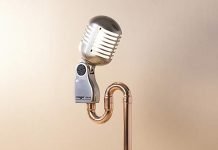 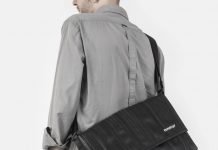 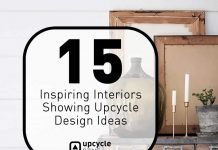 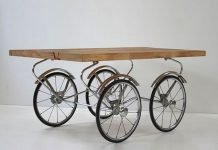 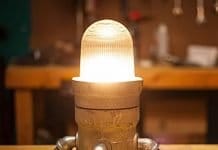 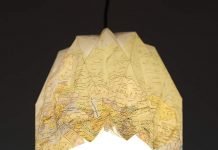 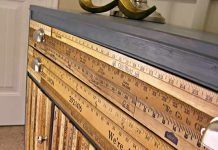 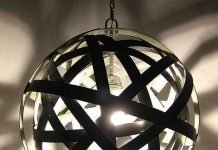 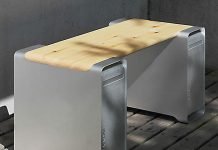 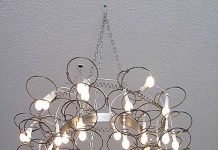 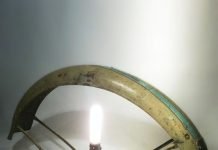 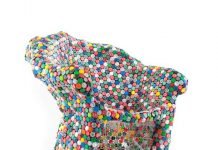 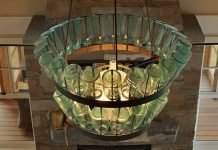 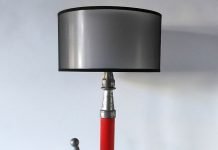 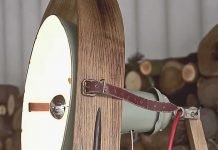 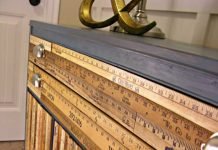 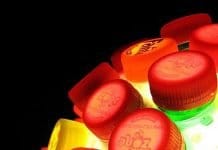